“La Tirrena”, as we in the family call our little Hotel, was the dream come true of Sauro and Helga Anselmi in 1965. Sauro fell in love with Helga in Germany, where he was working at during the 60’s They got married and moved to Elba, where he was born and raised, and with their savings they began to build the hotel, stone upon stone. The hotel was finally ready for the 1967 Summer season and was one of the first hotels to be built on the Island of Elba.
La Tirrena became a second home for Guests, many of whom have become great friends.
Sadly, Sauro died in 2002 but he the Anselmi family and the loyal members of staff of the hotel have inherited his passion for this profession.

Still today, after 40 years, the Anselmi family’s philosophy remains the same:
to make our Guests feel at home, giving simple but attentive service,
good food and a family welcome. 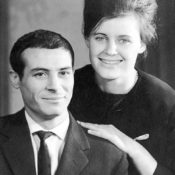 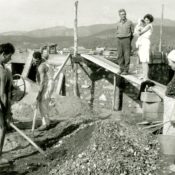 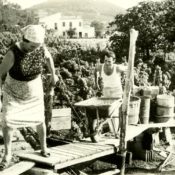